Tourism industry cries out “Where are ya?” 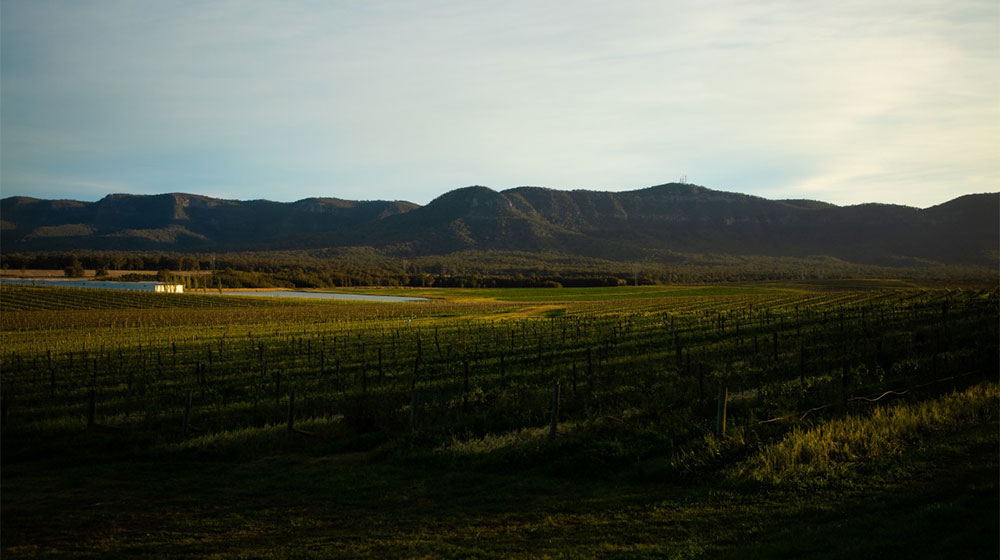 “WHERE ARE YA?” At the time of writing this you are most likely in lockdown, but hopefully soon the answer to that question will be ‘In The Hunter’.

The controversial 2008 marketing campaign “So where the bloody hell are ya?” is likely to be remembered by most Aussies. Its goal back in 2008 was to increase tourism, which at the time was worth $17 billion dollars a year inbound into Australia. The industry as of 2019 employed 666,000 people (5.2% of total employment) and contributed $60 billion into the Australian economy.

So what does this mean for the Hunter? Tourism is an industry which creates jobs for locals and gives our young people an exciting industry to gain employment, start a business and land their dream job here in the region. With a wine tourism economy valued at $557 million per annum employing over 2,800 people, the industry’s growth and bounce back after Covid is of vital importance. In the post COVID-19 world international travel will resume and people will begin flying to their favourite destination.

People will come back to Australia! Why am I so confident? Because we have the best beaches, vineyards, culture and sites to see in the world.

The data also backs it up. The Australian Wine Tourism Snapshot showed that 5.5 million visitors went to a winery in the year ending September 2020 spending $5.9 billion in Australia during their trip and stayed for an average of 6 nights. Australian visitors staying overnight in destinations made up half (51 per cent) of all visitor numbers while internationals made up 9 per cent.

Here in the Hunter we have the oldest vineyards in Australia, incredible food and wine, and the beautiful Lake Macquarie. The Hunter is a performance destination for many world leading musical bands and artists.

I would argue that we have it all as an inbound tourism destination, with quick and easy access to other must-see destinations on an international tourist wish list.

The Morrison Government committed $66 million to the upgrades at Newcastle Airport. This will further open the Hunter up to international visitors in the coming years.

How do we increase tourism to the Hunter? Planning for both more domestic and international tourism is critical as we continue to diversify the Hunter’s economy and create jobs for tomorrow. An international airport as a gateway is critical. So too is a functioning cruise terminal in Newcastle and we should continue to advocate for that in our region.

This sector is full of opportunities for graduates from both Avondale University and the University of Newcastle to cut their teeth in an industry full of growth and potential.

There are several development applications lodged with both Lake Macquarie and Cessnock City Council for projects designed to further boost tourism to the region and create the jobs that are needed.

Projects include $235 million for the redevelopment of Morisset Golf Course – to be known as Cedar Mill – including a new concert venue, cafes, restaurants, tourist accommodation and Australia’s largest aquatic play park across a 90-hectare site. It is set to create over 1,100 jobs during construction, 475 long-term jobs and $167 million in economic benefits. This same group are behind the proposed $107 million project Cedar Mill Pokolbin which will bring 68,045 additional visitors to the region and inject an additional $33 million each year (according to the REMPLAN economic modelling).

Australian Wildlife Parks recently purchased Hunter Valley Zoo – a much-loved destination in our household. There are also several developments occurring at existing wine and tourism venues – one of which is the Brian McGuigan and Colin Peterson project at Ben Ean to create the Ben Ean Luxury Lodge, projected to create 120 more jobs. I am not highlighting these projects over others, just giving a glimpse of where the region’s developments are at.

We know from Reports, such as the Food and Wine Tourism 2015 Report, that people come to the Hunter not just to drink and purchase wine but for the whole food, wine and special event experience.

Currently it is a very tough time for our tourism businesses. For many it follows the devastation of bushfires. Can I encourage you to support the wine and tourism businesses of the Hunter who have online stores open at the moment Tourism and the wine industry is a critical part of the Hunter’s identity, economy and future. We need to do all we can to plan for the sector’s growth, diversity and expansion whilst championing the operators who have been a key backbone of our region’s economy for decades.

When restrictions do ease come to the destination that has it all!

A list of many of these online stores can be found at: https://www.winecountry.com.au/

Candidate for the Federal seat of Hunter at NSW Nationals

Enter your details below to stay up to date as I look at new conversations our region needs to have.